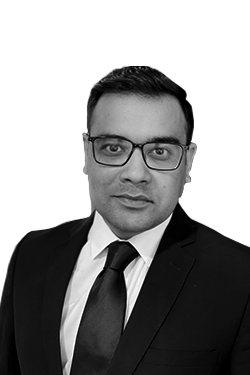 Avnish handles the Dispute Resolution practice of our firm. He is registered as an Advocate On Record and has an extensive practice in the Supreme Court of India. He has extensively practised in the domain of commercial litigation, insolvency laws and alternate dispute resolution and has represented clients before the Supreme Court of India, High Courts throughout the country, various District courts and Quasi-Judicial Tribunals such as National Company Law Tribunal, National Company Law Appellate Tribunal and National Green Tribunal.

He advises on Constitutional matters, Civil & Criminal matters, IPR laws, Employment Laws and on corporate – commercial disputes. He also advises on matters before the Investigation Wings relating to corporate criminal investigations and quasi criminal prosecutions (white collar crimes). He has represented State of Uttar Pradesh as a panel counsel before Supreme Court of India between 2012 and 2016.

Avnish has advised a broad range of clients both Indian and foreign nationals. He has represents businesses of varying sizes across a varied range of industry sectors and worked with individuals and listed companies with more emphasis on contractors, developers, equipment suppliers and, engineers in public and private projects in the construction industries.

Prior to joining BLC in 2020, Avnish along with a senior counsel represented Railway Development Board in an arbitration relating to termination of a SPV in a 2000 cr. mixed-use development project in India. Avnish’s strength is to resolve client’s legal issues by providing them with a practical and cost effective legal advice with a result oriented approach.