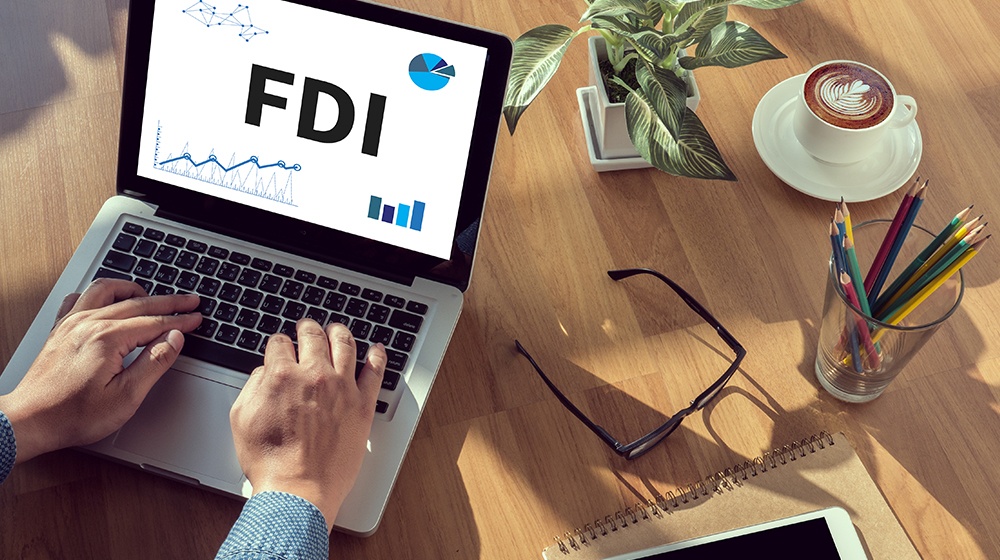 India was the 9th largest recipient of foreign direct investment (FDI) in 2019 according to the World Investment Report 2020 by the UN Conference on Trade and Development (UNCTAD) with 51 billion dollars of inflows during the year.

Many countries worldwide, including India, experienced a significant downfall in the investment market due to the prevailing COVID-19 pandemic. However, as per the UNCTAD report, a lower but, positive economic growth in India is expected, which may attract market-seeking investments even in the post-pandemic period.

Indian industries experiencing a surge during these times are expected to attract major FDI in sectors such as health & wellness, e-commerce, online education and learning, telecom, packaging industry, etc. Further, with an ever-growing consumer base, India continues to be one of the world's largest markets for manufactured goods and services.

In addition to the above, the country ranks 63rd among 190 nations in the World Bank’s Ease of Doing Business 2020 report and continues to improvise and facilitate foreign investors to do business in India. Foreign investors are majorly attracted to the Indian market as most of the business sectors produce significant/ high returns on investment with minimal risks. Apart from higher returns on investment, other factors attracting FDI include the country’s stable government, strong economic growth, market size, robust domestic demand, well-developed administration and an independent judicial system, vast geography making the country a repository of resources and educated, hard-working, skilled and cheap work force leading to reduction in cost of production.

Foreign exchange laws in India is governed by the Reserve Bank of India (RBI) under the rules, regulation and policies as issued from time to time.

The categories of foreign investors who can hold stakes in Indian companies, subject to conditions and sectoral caps on ownerships, are:

A foreign national may invest in, including but not limited to, equity shares, convertible debentures, preference shares and share warrants issued by an Indian company. In case of a listed Indian company (a company whose shares are listed on the stock exchange), the investment to be made by the non-resident entity must be 10% or more of the post issue paid-up equity capital on a fully diluted basis.

Foreign investment in India may fall under either of the following:

According to an amendment earlier this year, foreign investment from countries sharing borders with India shall fall under the government route. Due to this amendment, any foreign investments from China (including Hong Kong), Bhutan, Bangladesh, Nepal, Pakistan, Afghanistan and Myanmar will require prior approval from the Government of India; this condition is also applicable on investor companies that has investors or shareholders from any of the above countries.

Foreign investment in India is prohibited in lottery business, gambling and betting, chit funds, trading in transferable development rights (TDR), manufacturing of cigars, cheroots, cigarillos, and cigarettes (tobacco or tobacco substitutes), real estate business or construction of farm houses (excludes real estate investment trusts (REITs) registered with the SEBI, development of townships, etc.) and other sectors that are not open for private sector investments such as atomic energy, railway operations (other than railway infrastructure).

Due to ease of business and investment in various sectors being liberalized to a great extent and India happens to draw significant foreign investment. The country continues to offer an evergrowing as well as a secure investment climate to the foreign residents willing to invest in India.